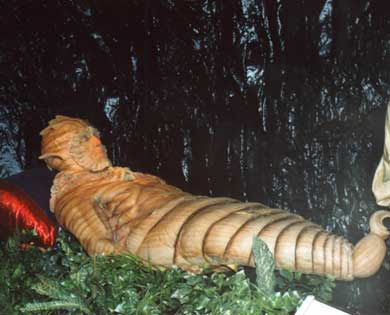 Kiv was the leader of the Mentors, a group that included Sil. Both Kiv and Sil became rich via profitable deals. He became involved in weapons dealing with the primitive peoples of the planet Crontep. He complained of pains in his head that was a result of his brain expanding. Surgery was performed and his brain was moved into that of a similar mentor. This was not perfect however and so again surgery was performed to move his brain to the body of Peri. He was killed by King Yrcanos.