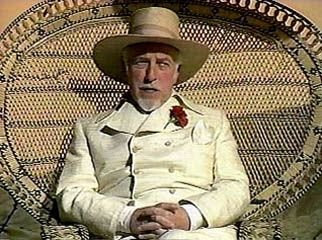 The White Guardian or The Spirit of Light in Time was an anthropomorphic personification who embodies and personifies both order and good in the same way that his opposite, the Black Guardian, represents evil and chaos.

The White Guardian set the Doctor and Romana on a quest to find the six segments of the Key to Time, transmuted into a variety of forms and scattered across time and space. He warned them of the Black Guardian who would try to prevent the assembly of the Key.

The White Guardian later sent the Doctor, Ace and Benny on a quest to find the six segments of the Key to Time, scattered across the Doctor's personal timeline when he last disassembled it.