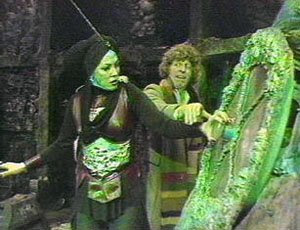 The Tythonians were massive, blob-like organisms, sometimes hundreds of feet long. They were glowing green in colour and had an outer membrane that looked similar to the covering of a brain. They had no true limbs, but they had two large pseudopods. One pseudopod was shaped like the letter Y, while the other is simply a large tube. They also had no vocal cords and needed to communicate with the aid of Tythonian Communicators, but they could apparently sense their environment by unknown means. Tythonians could live for 40,000 years. 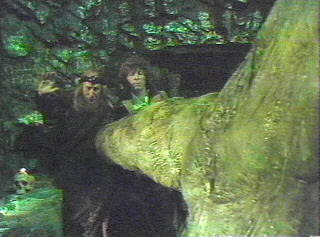 Tythonians subsisted on chlorophyll and mineral salts, which they could absorb through their skin. Their mineral rich diet allowed them to weave a special, extremely tough material from their tube-like pseudopods. This material was self-regenerating and could fill a variety of functions.