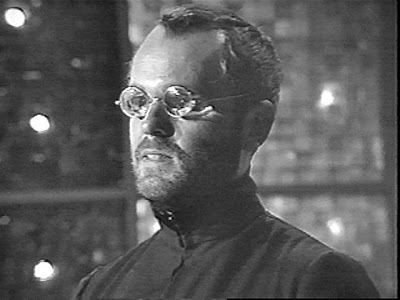 War Lords looked identical to Humans and could easily pass themselves off as Humans. The War Lords used special eyeglasses to induce mind control in the field. In their base, they had technology to re-condition and re-process the minds of Human soldiers and machines to tell visually whether or not the processing had taken.

When invading Germany, the War Lords used their technology to control SS soldiers, going so far as to control after their deaths. They set up a transmat booth to transport people from Berlin to the Castle of Drachensburg. The War Lords also set up several Atomic bombs underneath the castle in order to help the Nazi war effort. They also had a crystal ball that was used as a telepathic receiver to contact the Doctor and a powerful laser weapon inserted into a cane.