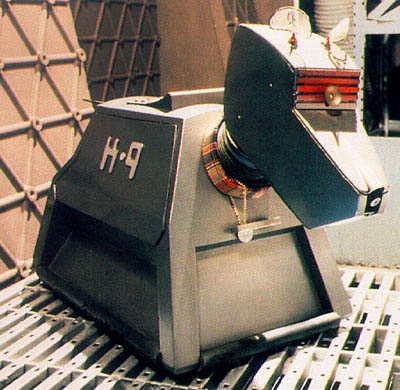 Professor Marius invented the first K-9 because weight requirements did not allow him to bring his real dog from Earth into space though K-9 may owe his existence to a temporal paradox. According to one account, the professor copied the remnants of one of the version of K-9 created by the Doctor and given to Sarah Jane Smith.

K-9 had a very consistent personality from model to model. He had a polite, formal manner with just a hint of pedantry bordering on condescension. Though he often displayed feelings such as sorrow and self-regard, he often stated that he had not been programmed to have emotions.

Email ThisBlogThis!Share to TwitterShare to FacebookShare to Pinterest
Labels: k-9